Did the Car Accident with Discovery of Jirayr Sefilyan’s Guns Actually Happen?

Before the famous police base ta 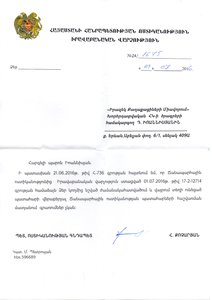 keover events, the RA Investigative Committee issued a press release on June 20 of 2016 that stated “Jirayr Sefilyan has been arrested on June 20, 2016 on suspicion of organizing the process of acquiring, transporting and keeping weapons and ammunition”.

In particular, according to the press release, “the police officers, who arrived at the scene of the car accident that took place at the beginning of Tsitsernakaberd highway on May 20, 2016, discovered two rifles of AK-74 type with 120 bullets”.

We tried to find out details about the other car involved in the accident (thinking that there could have possible been policemen in the other car and the accident might have been organized deliberately). With that purpose, we sent enquiries to the Head of RA Police and received an interesting response, to say the least. 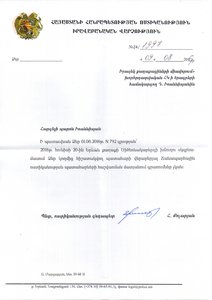 In particular, the enquiry was answered by the Head of “Road Police”, who informed us that the RA Road Police had not registered any car accidents in Tsitsernakaberd highway on June 20 (there are no such records in the respective register).

It is difficult to say which law enforcement body has provided accurate information (the Investigative Committee or the Police) but the contradiction is obvious. Either the Police has provided wrong information (the car accident has actually happened but there is an attempt to hide details from the public) or the Investigative Committee has spread an obvious lie (the car accident actually did not take place and the story of Jirayr Sefilyan’s arrest is false).

P.S. And though it is obvious that the press release should have contained “June 20” instead of “May 20” (it is a technical error), we received completely same answer from the Road Police according to which the Road Police had not registered any car accidents on Tsitsernakaberd highway on May 20 either.

The second president of Armenia Robert Kocharyan is cooperating with a British lobbying firm, reported medium.com. They article on the...

Vache and not Hrach: Vanetsyan did talk to the judge

Shortly after the publication of the telephone conversation between the director of the RA National Security Service and the Chief...

In its regular issue, “Irates” newspaper has referred to Chief of the RA Police Valeri Osipyan, pointing to the "problematic...