On March 10, the Haylur news program of Channel 5 referred to the cars purchased for the Patrol Service, during which the author of the report made a number of manipulative or false allegations.

On replacing Skodas with Toyota

Before the main report, the host of the release, speaking in the preface about the recent award of Toyota company of the tender for the purchase of patrol cars, announces “The point is that last year the Skodas, which were acquired through a tender for the Patrol Service, started to go out of order before their time, and the executive announced a new tender which was awarded to Toyota Yerevan.”

From the host’s introductory speech, the viewer may conclude that the need to buy Toyota cars arose after the previously acquired Skodas “went out of order”.

As a matter of fact, however, the new tender, as a result of which the Toyotas were purchased, was announced not to replace the Skodas, but to ensure cars for the Patrol Service, which will be launched in the spring in Shirak and Lori marzes.

About Skodas “going out of order”

During the report, the author, speaking about the broken cars, refers to the information provided by the police to one of the media outlets that the gearboxes of 32 Skodas are out of order. After which the journalist raises a rhetorical question “So more than 400 million state drams were wasted?”

In fact, the cost of car maintenance does not place an additional burden on the state budget. The contract for the purchase of cars provides warranty service, i.e. in case of failure of the gearbox or other parts, the supplier company covers the repair costs.

Besides, the reported 400 million drams is the cost of 32 Skoda cars, not their gearboxes. Therefore, even if the repair of the gearboxes was an additional expense for the state (which is not the case), the number voiced by the journalist would still be manipulative and inflated.

Referring to the Tesla car that was recently tested in the Patrol Service, the author of the report quotes the Facebook post of Daniel Ioannisyan, program coordinator of the Union of Informed Citizens NGO, that the tested car consumed only 32 kWh of electricity for 170 km. Then the author of the report talks about the price of the tested car “Experts say that the price of these cars is about 150 thousand dollars.”

The journalist does not mention what epxerts he talked to, but to check the prices of Tesla cars, one can simply visit the company’s official website. 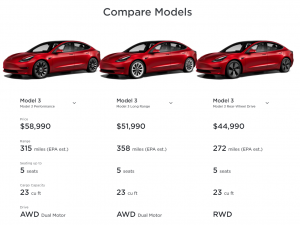 And the specific modification, which was tested in the Patrol Service, is the Tesla Model 3 Long Range model, the price of which is about 52 thousand dollars, that is, about 3 times less than the number voiced by the journalist.

Thus, it should be noted that the failure of the Skodas purchased for the Patrol Service does not require additional expenses from the state. The newly purchased Toyotas will not replace the Skodas, but will supplement the patrol car fleet in Shirak and Lori marzes. And the claims of some “experts” about the price of the Tesla model are exaggerated several times.

On October 16, the founder of the VETO movement Narek Malyan, in an interview with TV host Agnesa Khamoyan, made...

On October 16, the founder of the VETO movement Narek Malyan, in an interview with TV host Agnesa Khamoyan, made...