In the street, one can often see drivers that make different kinds of dangerous violations. Nevertheless, all these drivers have received driving licenses.The actual procedure for receiving a license is known to many. “You pay 60-80 thousand AMD to the inspector and get your license even if you cannot drive. However, in theory, one should learn the traffic rules, answer at least 9 out of 10 questions on the written test, then attend a driving school, learn to drive and take the practical exam. The license is issued only after the inspector is convinced that the person meets all the requirements and is not dangerous for oneself or for other traffic participants. Judging from the statistics related to tests and issued licenses, the principle of “bribing” has often been in place.

In 2016, practical exams were taken 7036 times as a result of which 4997 people received a driving license. In other words, 29% of the applicants did not pass the exam.

In the same year, more than 96% of applicants in the Artashat department received a driving license, and 97% in Ashtarak. More people were granted driving licences in Nor Gyugh village of Kotayk Marz than in Yerevan. Here only 3.9% of the applicants did not pass the exam (compared to 29% in Yerevan). 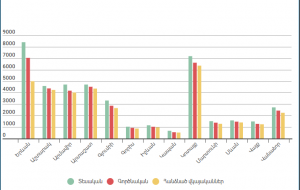 The situation was somewhat the same in 2017. Eighty-one percent (81%) of applicants in Yerevan received driver’s licenses, i.e. 6394 out of 7866 people. In the same department of Kotayk Marz, 99% of applicants received licenses. 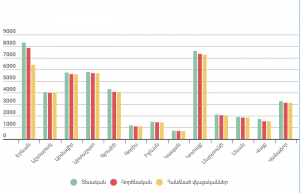 It might be that it is easier to bribe a road police officer in the regions of Armenia. Apparently people go from Yerevan to Kotayk region to take the exam.

The situation has changed after the revolution 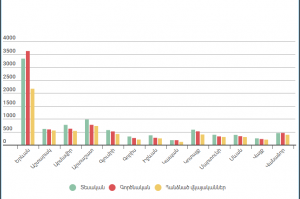 For seeing all the statistical data follow this link.  Recently, traffic police announced a change in its policies. No more will there be fines exceeding 30.000 AMD but additional penalties in the form of points will be imposed. Each driver will be given 9 points at the beginning of the year. When those points are exhausted after committing certain violations, the driver’s right to drive a vehicle will be suspended for a period of six months.

No 72% increase in procurements from one person: Robert Kocharyan is wrong

In its regular issue, “Irates” newspaper has referred to Chief of the RA Police Valeri Osipyan, pointing to the "problematic...