Illegal owners of Lake Sevan: Whose houses will go under water

The issue of illegally constructed structuresin the coastal areas of Lake Sevan became a topic of discussion this summer after the “eutrophication” of the lake. On July 18, Minister of Environment Erik Grigoryan announced “All 4800 buildings under 1905 m elevation in the coastal areas of Lake Sevan, except for some pumping stations left from the Soviet Union, are illegal, and there is no legally constructed building below that level.”

One of the main prerequisites for the stabilization of the Lake Sevan ecosystem is increasing the lake volume and raising the water level to the Baltic Sea elevation of 1903.5m. The maximum wave height 1.5 m is also added to this value, making it 1903.5 +1.5 = 1905.0. 1905 m is the elevation on land from where the area leading to the lake shall be free to go under water. Construction of main capital structures in this zone is forbidden.

It is noteworthy that before 2008, the construction of structures under 1908 m elevation was forbidden in the coastal areas of Lake Sevan. However, based on the decree of the Government of Armenia dated December 2008, the 1908 elevation was changed to 1905. Many people criticized reduction of the elevation by 3 meters and linked it to the attempt to “save” the oligarchs’ mansions.

Exploring the list of owners/users of illegally constructed buildings in the coastal areas of Sevan (the list was provided by Sevan National Park), the Fact Investigation Platform revealed the names of present and former officials who have been acting outside the law by conducting illegal construction activities in the forbidden zone.

Former Chief of the Police Vladimir Gasparyan’s summer residence is among the illegal structures. The luxury summer residence is located on the eastern shore of Lake Sevan, near the Sevan-Shorzha road, between the Tsitsernak and Drakhtik villages. Protected by two fences and with a small chapel inside, the huge area was built for the first time in 2004.

Among the illegal structures is also the mansion of Prosperous Armenia Party leader Gagik Tsarukyan, located at the beginning of Lake Sevan, near the famous Lavanda City Resort. The buildings built in the summer residence area belonging to Tsarukyan are approximately at 1900.25-1903 m elevation.

Tsarukyan’s neighbor in Sevan is former RPA MP, former president of the Football Federation of Armenia Ruben Hayrapetyan. The summer residences of the two neighbors are not even separated by a fence. Hayrapetyan’s illegally constructed summer residence is also below 1905 m. It is noteworthy that the road leading to the mansions is blocked by water on both sides. And some of the cottages of Lavanda City Resort have been covered with water due to rise of the water level of the lake.

A number of structures that are part of Harsnaqar Hotel Complex belonging to Ruben Hayrapetyan are also illegal and have been constructed below the set elevation (1901.22 m). 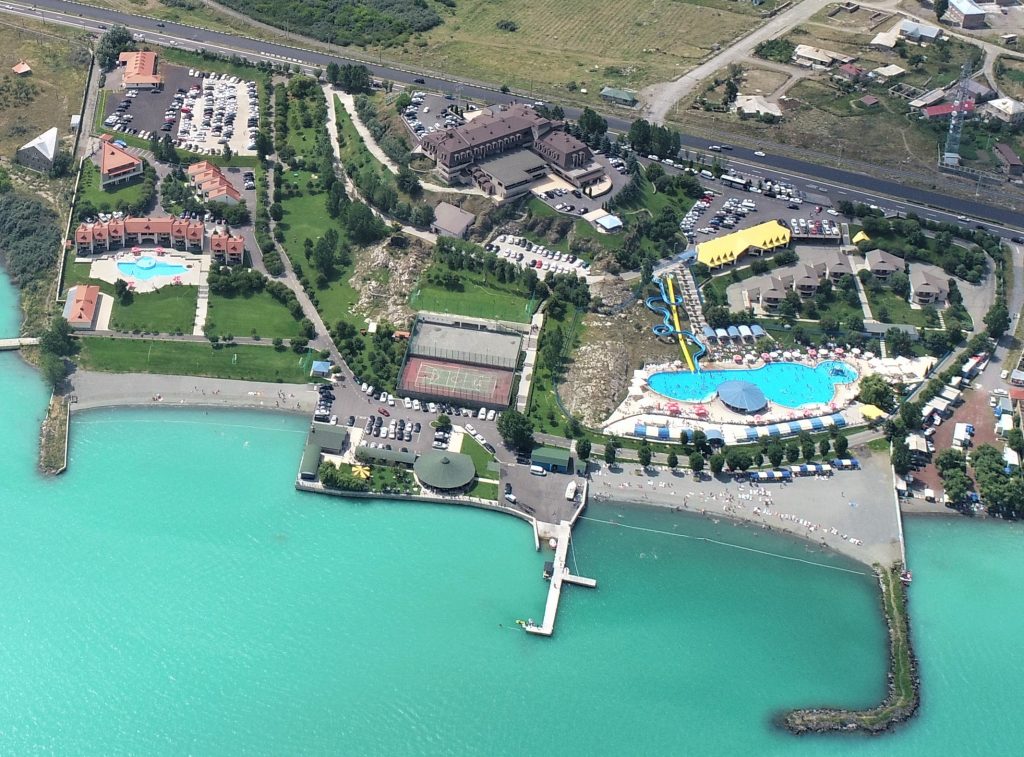 Member of Parliament, member of Civil Contract Party Sasun Mikayelyan also has illegal cottages in the coastal area of Sevan, at the elevation of 1900.28-1901.46 m. It is noteworthy that Sasun Mikayelyan does not even have a land lease certificate.

According to the list prepared by Sevan National Park, wife of former MP Samvel Aleksanyan, Shogherina Mkrtchyan, former RPA MP Harutyun Kamo Pambukyan own illegal structures in the coastal areas of Lake Sevan. There are even illegal structures in the presidential summer residence, in the monastery complex of Ararat Diocese, in the Sevan branch of Yerkrapah Volunteer Union, and so on.

Illegal structures will be demolished

Vahe Gulanyan, director of Sevan National Park, told Fip.am that the construction activities on the Sevan shoreline were mainly carried out in 2006-2008. He assured that illegal structures will be demolished. According to Gulanyan, 839 out of 4729 structures have been demolished in the last three years. Gulanyan expressed conviction that in the current conditions, even former and current officials will not be an obstacle to “liberating” the shoreline of Lake Sevan.

Officials Convinced: Journalists Are to Be Blamed for Everything

The video of the recent Q&A of the RA Prime Minister with local journalists in Gyumri has caused controversy in...

Officials Convinced: Journalists Are to Be Blamed for Everything

The video of the recent Q&A of the RA Prime Minister with local journalists in Gyumri has caused controversy in...