How many RA citizens are there in Russia and how many have received citizenship?

The source of the information is Izvestia newspaper. They received the data on Russian migration flows from the Russian Ministry of Internal Affairs.

The Fact Investigation Platform decided to check whether these data are true, as well as the characteristics of the population flow trends from Armenia to Russia in recent years.

Thus, according to the official statistics of the Ministry of Internal Affairs of the Russian Federation, 17,082 Armenians received Russian citizenship in the period January-September 2019.

It is noteworthy that the number of Armenians that received Russian citizenship in the same period last year was higher. According to the data of the Russian Ministry of Internal Affairs, in January-September 2018, 19,936 citizens of Armenia became citizens of that country.

How many RA citizens have received a Russian passport in recent years?

In fact, from January 2015 to September 2019, a total of 88,013 persons left Armenia and obtained Russian citizenship. 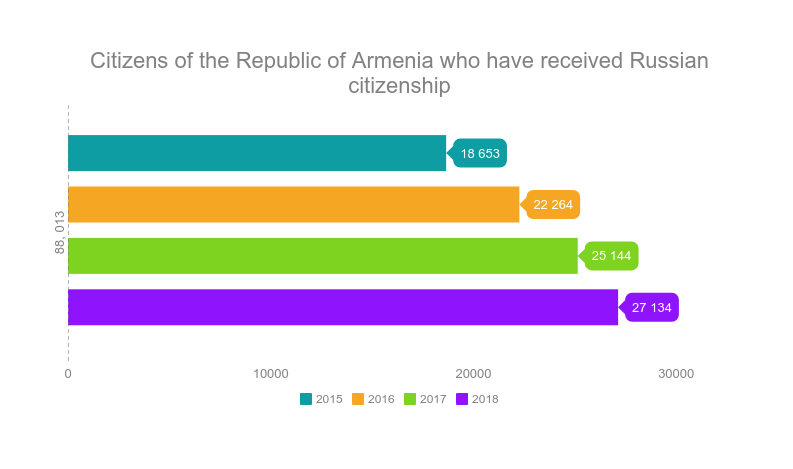 The Migration Service of the Ministry of Internal Affairs of the Russian Federation also provides other data on citizens of other countries actually residing in that country. 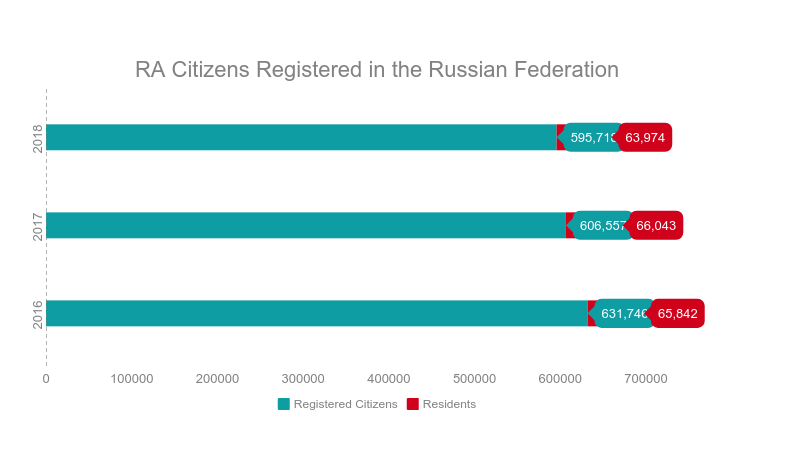 What do Armenians do in Russia?

The overwhelming majority of those leaving Armenia for Russia leave for work.

During the 3 years of survey most of the Armenian citizens registered in Russia mentioned private activity as the purpose of the visit. 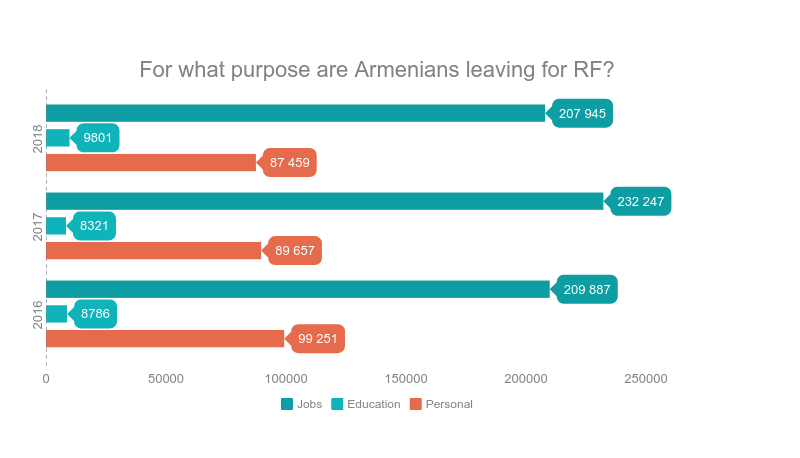 Some senior officials in Armenia have varying hobbies: expensive houses, cars, plate numbers equivalent to the price and make of...

Some senior officials in Armenia have varying hobbies: expensive houses, cars, plate numbers equivalent to the price and make of...