Telman Tadevosyan was appointed head of the Ajapnyak administrative district of Yerevan in February of this year. He used to have ties with Republican Party members, and now appoints human resources who used to be affiliated with the RPA, were convicted of corruption, and participated in the beating of peaceful protesters.

Persons affiliated with Tadevosyan in the district administration

In April 2020, Gevorg Badeyan was appointed Telman Tadosyan’s deputy. The latter’s son, Yerem Badeyan, appointed by Tadevosyan, works in one of the departments of the same district administration as a leading specialist. In other words, as a result of the appointments made by the head of the district administration, the son is the father’s subordinate, which in fact entails a conflict of interest. But there are other connections between the father, the son and the head of the administrative district.

Thus, Zara LLC, formerly owned by Telman Tadevosyan, signed a 25-year lease agreement with the Yerevan Metro in 2013, renting the 38.4m2 hall in the Sasuntsi Davit station. Moreover, “Zara” LLC was founded 18 days before the signing of that contract.

It is noteworthy that Telman Tadevosyan’s newly appointed Deputy Gevorg Badeyan was involved in the lease scheme of the space belonging to the Yerevan Metro. According to the e-register of the government, Badeyan has been the director of “Diadin” LLC since 2005. And that LLC rents a 130 m2 area for only 262 thousand AMD in the underground passage of the “Republic Square” metro station, which it probably leases to other businesses at a much higher price. By the way, Badeyan’s biography posted on the municipality’s website states that the latter was the executive director of Diadin LLC in 2001-2003, while, as mentioned above, according to the government’s electronic register, he has been holding that position since 2005. At the same time, the price provided to Diadin LLC is really preferential and about 40% cheaper than the tariff set by the Board of Directors of the Yerevan Metro in 2011. As a result, Yerevan Metro that belongs to the Yerevan community was deprived of a revenue worth millions of Armenian drams.

Thus, the head of Ajapnyak administrative district appoints to various positions the persons who participated in the schemes of renting space from the Yerevan Metro at a “preferential” price.

The Fact Investigation Platform studied the corruption scandals of RPA circles in the Yerevan Metro in more detail in December 2019.

Tadevosyan’s other deputy, Karen Mkrtchyan, who was appointed to the post in March 2020, is also a former Republican who was deputy mayor of Vardenis in 2017-2019, and worked hard for the RPA during the 2017 elections.

In addition, other former Republicans have been appointed by the new mayor in various departments. For example, Varazdat Aharonyan, the newly appointed head of the Revenue Accounting and Collection Department, headed the RPA’s Ajapnyak youth wing before the revolution and worked in the district administration. In 2019, he was fired, but was reappointed by the new head of the administrative district to a higher position (he was previously an inspector, now he is head of a department).

The corrupt protester-assaulter in a new position

Aramayis Avetisyan, who took part in the attacks on protesters in Sari Tagh on July 29, 2016 during the police base takeover, was recently hired by the district administration. He was one of the men in plainclothes who beat peaceful protesters back in 2016. 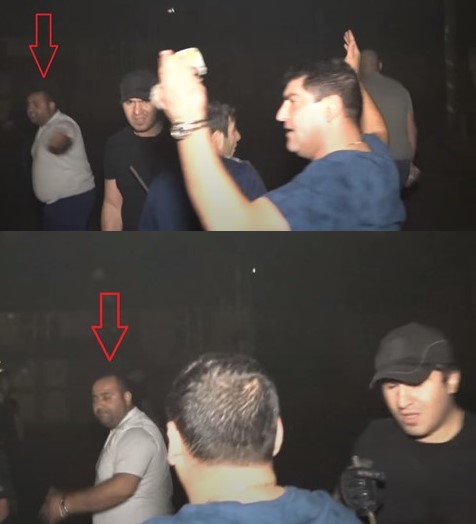 At that time, Aramayis Avetisyan worked in the municipality as head of a department, and he was caught while receiving a bribe in December 2016, and was found guilty by the court in May 2017, but a conditional sentence was imposed and he was sentenced to a one-year trial period. As a result, Aramayis Avetisyan was released from the courtroom. This decision is especially noteworthy due to the fact that Aramayis Avetisyan’s brother Gurgen Avetisyan stood out during the April 2017 parliamentary election campaign, when he hindered the campaign of “Yelq” alliance and Nikol Pashinyan in Ajapnyak.

It should be noted that Telman Tadevosyan’s father, Felix Tadrosyan, was appointed an adviser to the Prime Minister in June 2018 after the revolution, but was dismissed about a year later.

No investment made in Shirak Public TV: Following the footsteps of the Prime Minister’s promise

On February 12, 2019, Prime Minister Nikol Pashinyan announced in the National Assembly that the employees of the liquidated "Shirak"...

Vartan Sirmakes: Following the tracks of the promised $ 10 million investment program in Gyumri

Back in 2015, during a visit to Gyumri, former Prime Minister Hovik Abrahamyan announced that Swiss-Armenian businessman Vartan Sirmakes would...

Sale without a buyer: How they were trying to sell the former building of the Ministry of Transport

In February 2018, Arman Sahakyan, Chairman of the State Property Management Committee adjunct to the RA Government, informed the journalists...

A Border without businesses or a business without taxes: What impact did the 2014 law have?

In 2014, the Armenian Parliament passed a law on tax exemption for activities carried out in border rural communities, which...