In 2011, the then Minister of Finance Vache Gabrielyan, commenting on Armenia’s public debt, told journalists “In 2011, we assume that it will be on the same level, ie in 2011 and 2012 we will have the same “gross debt-GDP” ratio, we will not approach the border limited by law and the burden of debt will begin to decline in 2013.”

Despite Vache Gabrielyan’s 2011 predictions, the public debt not only decreased, instead it started to increase, reaching from to 3 billion 795 million USD in 2010 to 4.4 billion USD in 2014.

“The gross debt-GDP” ratio also jjjkjkjkjk increased since 2010, instead of staying the same or decreasing. According to the International Monetary Fund forecast, this ratio will continue to grow in the future. 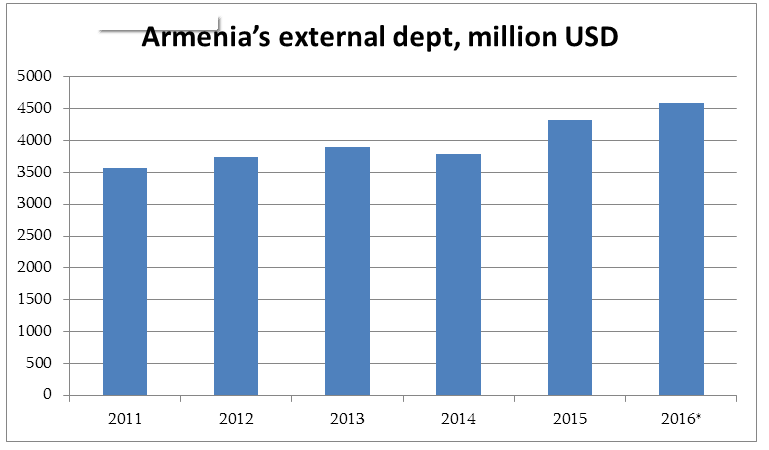 The increase in Armenia’s public debt is extremely worrisome, since the vast majority of debt is not internal, but external debt of the country. In contrast to comparable international rating of countries, the share of external debt of Armenian government is quite large.

The comparison of similar countries’ total volume of external debt to public debt in 2015, end of year: 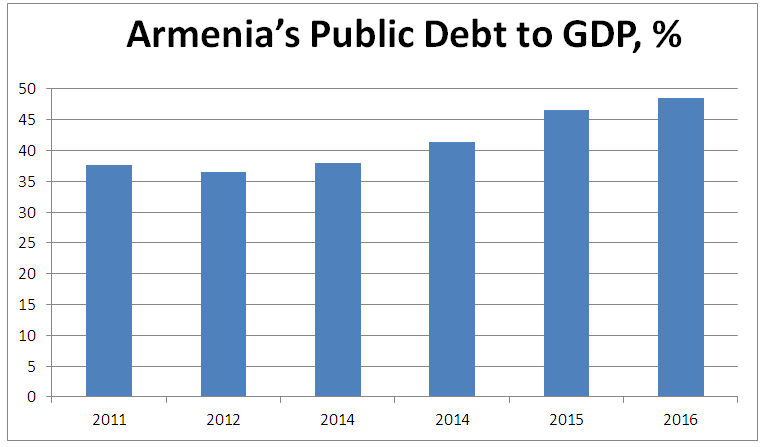 *For 2016, the external debt is written as of September

It is predicted that during 2017-2019 the Armenian government’s debt-to-GDP ratio will exceed by 50% every year, so, according to 5th article, 7th paragraph of Armenia’s Public Debt Law, starting from the 2018, budget deficit of each year shall not exceed 3% of the average GDP in the last three years.

Military aircraft did fly over Georgia during the war

On October 3, the National Security Council of Georgia convened a meeting to discuss the "renewed armed confrontation, and the...

Salary and Punishment – Ministers’ salaries before and after the revolution

Following the revolution, the topic of raising the salaries and additional bonuses of high-ranking officials has been discussed quite frequently....

What did Arsen Torosyan say about Georgia’s coronavirus statistics?

The response of Amiran Gamkrelidze, Director General of the National Center for Disease Control and Public Health of Georgia to...