The 2012 Unfulfilled Promises of the Republican Party: Education Sector

During its election campaign in 2012, the Republican Party of Armenia gave a number of election promises. However, not all of them were fulfilled.

In particular, the Republicans promised to provide free computers to each first grade student at Armenian schools. This promise was also present in the 2013 election program of President Serzh Sargsyan.

Thus, we were informed by the RA Ministry of Education and Science that 188,523 children were admitted to the first grade in Armenia in 2012-2016. Another letter of the ministry informed us that 5,930 computers and 1,359 tablets were provided to the schools during the same period. In other words, only 3.8% of first graders who were admitted to schools during the last 5 years got computers. 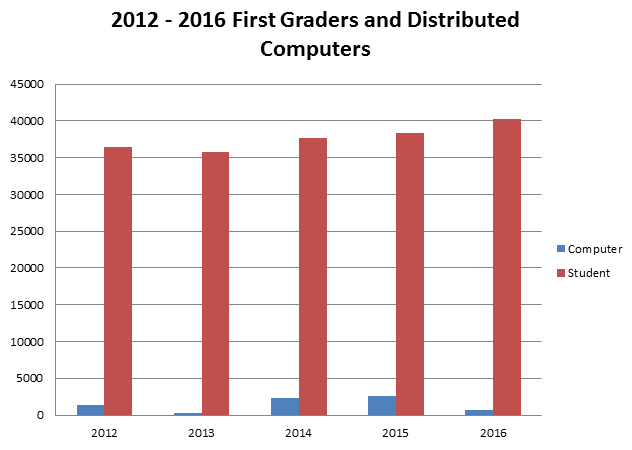 Another unfulfilled promise of Serzh Sargsyan was provision of free higher education for all socially vulnerable groups.

This promise was also refuted by the letter received from the RA Ministry of Education and Science. It is particularly stated in the letter that the 2014 RA Government Decree 1126-N has given the opportunity to provide full or partial tuition fee waiver to some socially vulnerable groups. Moreover, according to the letter, no first-year bachelor’s and master’s degree students received any assistance in 2013 and 2014.

In an interview with Aravot Daily on August 31, referring to the observation mission to be conducted by two Armenian...

The PAP and Abovyan mayors: A town under political party shade

Victory of “My Step” Bloc was absolute but not everywhere

Although the "My Step" bloc has won a major victory throughout Armenia, in some constituencies, however, it has faced serious...

The Prosperous Armenia Party has used 390 fake accounts on Facebook during its election campaign to create an impression of...