Hayk Marutyan is right: New buildings were not constructed in the location of those in emergency state by the residents’ fault

During a briefing with reporters on November 26, Yerevan Mayor Hayk Marutyan touched upon the issue of resettlement of residents of two buildings on Arzumanyan Street (Category 4 emergency state), and noted that there are urban planners who are ready to demolish the building, build a new building and allocate areas to the residents. However, some residents are against it. 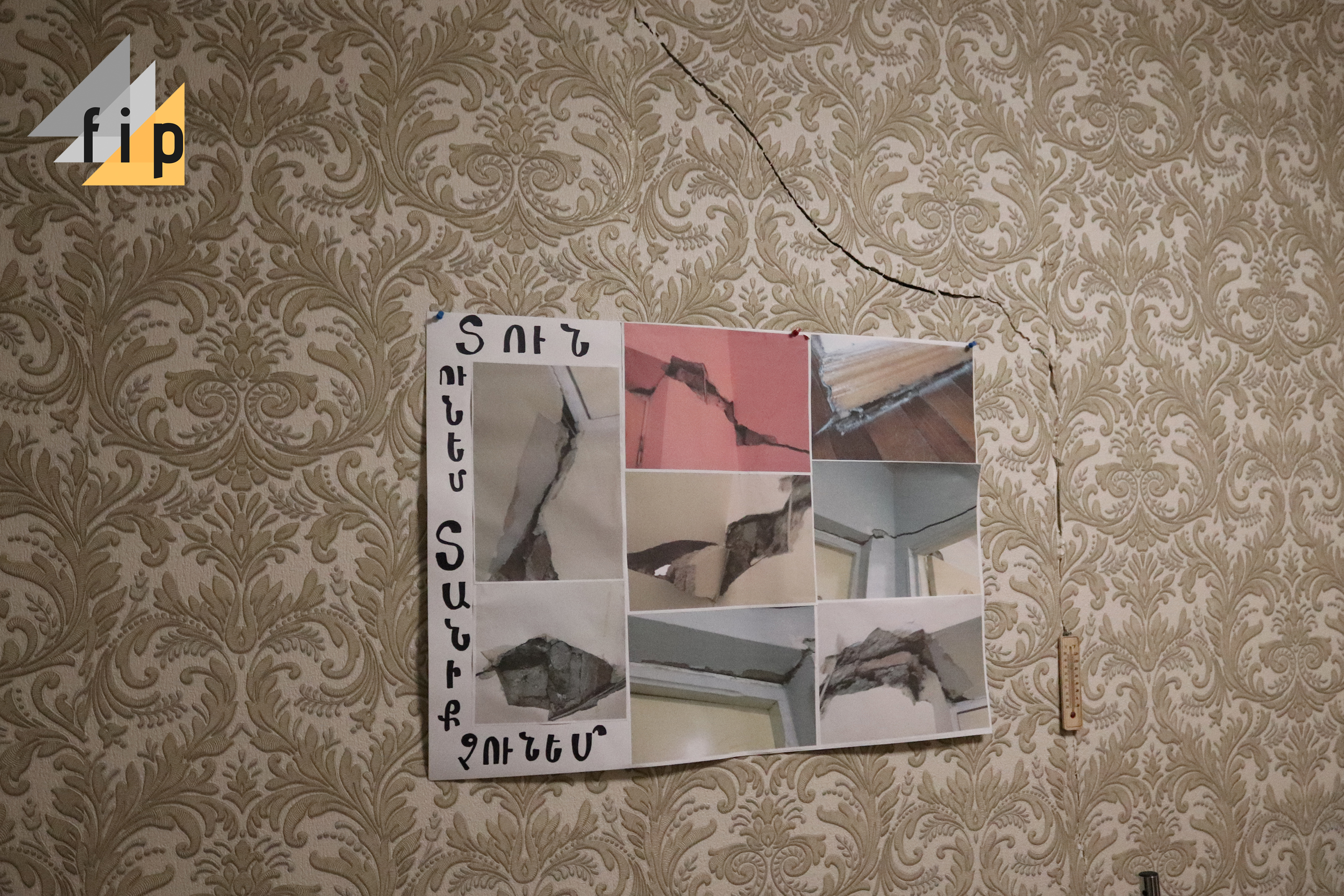 “In particular, I can say that there are two buildings on Arzumanyan Street, 10 and 17, where there is even a danger of collapse. We have offered all residents to rent apartments for themselves in order not to endanger them. Some residents agreed, and others disagreed. I am very concerned about their safety, but by law I have no right to evict them. ․․․ We found an urban planner, we negotiated for a long time, the urban planner negotiated with the building residents, he is ready to acquire the building, demolish it, construct a new building on the site and give them their proper living area, and cover their rent fees for that period. ․․․ The construction is estimated to take 1․5-2 years, and then they will move to the new building, and imagine that we have a problem here. The residents are against” the Mayor noted. Asked why they are against it, he said that he does not know, it may be that there is lack of trust, even though the best lawyers will sign the most elaborate contracts for them, and, as a result, urban develpers are abandoning the project.

The Fact Investigation Platform visited the aforementioned residents to try to reveal whether the mayor’s statement is true and why residents are against such a proposal.

The Arzumanyan 10 building, which was in a Category 3 emergency state as of December 2018, has become a Category 4 emergency this year, according to independent expert studies. The same is true about the building at 17 Arzumanyan Street. According to experts, the only solution to the problem is resettlement.

Residents of both Arzumanyan 10 and 17 buildings told Fip.am that the municipality had informed them that they had found an investor, and were negotiating to demolish the collapsed buildings and build a new building on the spot and give them a living area equal to that of their apartments.

There are 36 apartments in Arzumanyan 17 building. Five residents have already left the building, and the rent is being paid by the municipality. Residents of 7 apartments opposed not only renting, but the developer’s proposal, while others opposed moving to rented apartments at the time, but had given their consent to the new building.

Arzumanyan building 10 has 36 more apartments. Residents of 5 apartments do not agree to leave. Others are in favor of the developer’s proposal, but at the moment do not agree to leave the building and disagree with renting at the municipality’s expense, demanding that the mayor give guarantees that they will be adequately compensated in the future. These are the residents who do not have cracks on their walls as others do.

Which of the developer’s proposals residents do not like?

Owners of apartments 5 and 7 in Arzumanyan 10 building are against the new building mainly because they expect to get larger apartments.

Gagik Manukyan, a resident of building 17, told Fip.am that his apartment has three rooms with a basement. He has turned the basement into a living area and demands that he be given as much square area in the new building as the basement. “That makes it two apartments but they don’t want to give me even an extra square meter” he said, adding that they have no confidence that the company will not declare bankruptcy in the future, as it has been the case in previous years, and avoid liability.

He noted that there are residents who want compensation for the garage, or have expanded the building at the expense of the lobby, turned it into a room and are making relevant demands.

One of the residents, Ruben, who did not give his last name, said he did not want more area and is against it because he did not like the plan, the kitchen had no windows.

Zaruhi Arakelyan, one of the residents of Arzumanyan 10 building, claimed that the offer they got from the municipality was not bad. “The problem is in us, no one understands the danger” she said, adding that they do not trust the developer of their building because he has not built any buildings before.

Ecoland LLC will be responsible for the construction of Arzumanyan 10 building, and Quadra Construction LLC has expressed willingness to construct a building at 17 Arzumanyan Street.

Markos Harutyunyan, a member of the Prosperous Armenia faction of the Yerevan Council of Elders, told Fip.am that the aforementioned developers had abandoned the project, though he said it was very good. “Due to the absurd demands of the residents, the deal was canceled and there was no need to modify the contract form to further develop and reduce the risks” he said.

Markos Harutyunyan noted that the municipality has started a new process. “The government will provide funding from the budget, the municipality will pay part of the money, and they will build a joint building in Ajapnyak. The specific location has not been decided yet, and the residents of the two buildings will be provided with new apartments, and only then they will make a deal with these new developers, and the municipality will get the money from the developer. This is the only project that can smoothly solve the problem of providing the city with housing” he said.

Thus, we can say that Mayor Hayk Marutyan is right when he notes that some of the residents of the building have rejected by investor proposals, as a result of which developers have abandoned the plan.

The Armenian-Azerbaijani clashes took place in the territory of Armenia

In the first days of the Armenian-Azerbaijani clashes that started on July 12, 2020 near Berd (former Shamshadin) in Tavush...

Following the speculations about Moderna’s vaccine

Recently, the issue of the government acquiring a coronavirus vaccine from the company of American-Armenian businessman Nubar Afeyan has been...

Chronicle of the Information Warfare from Inside and Outside

On July 12, when it was known that Azerbaijan launched military operations against the Armenian positions in Tavush marz, guidelines...

The Armenian Air Defense did not target any civilian aircraft: The story of a manipulative claim by a German journalist

Two days ago, on July 14, Julian Röpcke, a journalist and analyst from the German newspaper Bild, tweeted on his...

The Armenian-Azerbaijani clashes took place in the territory of Armenia

In the first days of the Armenian-Azerbaijani clashes that started on July 12, 2020 near Berd (former Shamshadin) in Tavush...

Following the speculations about Moderna’s vaccine

Recently, the issue of the government acquiring a coronavirus vaccine from the company of American-Armenian businessman Nubar Afeyan has been...

Chronicle of the Information Warfare from Inside and Outside

On July 12, when it was known that Azerbaijan launched military operations against the Armenian positions in Tavush marz, guidelines...

The Armenian Air Defense did not target any civilian aircraft: The story of a manipulative claim by a German journalist

Two days ago, on July 14, Julian Röpcke, a journalist and analyst from the German newspaper Bild, tweeted on his...